Ok, want to get this out before the draft on Saturday;

Your Detroit Lions are going to have a very interesting day at the draft this year. 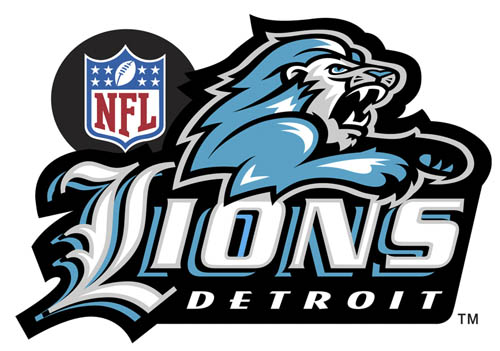 That being said it would appear that they will take Matthew Stafford with the overall #1 pick. Boy, I hope that he is the guy. By that I mean I hope he does not turn out to be a mega bust, not that I hope that he is who they take.

Let’s face facts, the team has got alot of needs, and it would behoove them to trade down. Nobody wants to trade down however, so they be stuck.

An interesting thought hit me earlier today. It would seem that the Browns are looking to potentially trade away Brady Quinn. Maybe they wish to try and draft QB Mark Sanchez at 5? What if Sanchez gets drafted at #4 by a team trading up to get him? Would Cleveland perchance trade with the Lions? Matt Stafford for the #5 pick and Brady Quinn? Then the Lions could draft OT Eugene Monroe or DE Brian Orakpo and fill another need with (theoretically) the QB position covered? That way Cleveland could start Derek Anderson for a year and groom Stafford for the role over time, instead of throwing him to the wolves right away. Just a thought, I really do not even like Brady Quinn to be honest, but it made me think a little.

Pass on Stafford. Draft either LB Aaron Curry or OT Jason Smith at #1. They will cost less, and have less ‘bust’ potential. We cannot afford high level busts at this point.

Use the #20 pick to take QB Josh Freeman. If he is not there, go with USC LB Rey Maualuga, who is projected around that slot. If Freeman is gone and they took Aaron Curry at #1, go with the best available OT, and if that feels like too much of a reach, take the top rated Defensive player.

The first pick of round 2 is interesting. Somebody is going to slip who is a mid first round talent. We would be wise to snatch that guy up, cause not only will he be very good, but he’ll also be pissed off and come into the league with a HUGE chip on his shoulder. Barring that, I would love to see Detroit take (Yeah I’ll say it) LB James Laurinaitis. James’s father is former WWE(F) wrestler Animal from the Legion of Doom!!! We need more Animal blood on our team. This I believe. Of course if we take Curry or Maualuga this pick would make no sense, just go with the top rated player. One of the bonuses of having so many needs is that they can take a player from about any position (BUT NOT WR!!!) and it would make sense.

In any case, This draft will be very interesting to watch. I am very curious to see how it all works itself out. With no Matt Millen to mismanage everything, I actually for the first time in almost a decade have a good feeling about the draft. At least I have a good feeling that I will not be embarrassed about the results.